Today, PTC Therapeutics, Inc, announced that the Office of New Drugs of the U.S. Food and Drug Administration has reiterated the FDA’s prior position and denied PTC’s appeal of the Complete Response Letter concerning the New Drug Application (NDA) for ataluren. In its letter, the Office of New Drugs recommended a possible path forward for the ataluren NDA submission based on the accelerated approval pathway.

This would involve a re-submission of an NDA containing the current data on the effectiveness of ataluren with new data to be generated on dystrophin production in nonsense mutation Duchenne muscular dystrophy (nmDMD) patients’ muscles, as quantified by procedures to be agreed upon between PTC and the FDA and using newer technologies. The letter adds that PTC’s Study 041, which is currently enrolling, could serve as the confirmatory post-approval trial required in connection with the accelerated approval framework. In a clarification teleconference with the FDA promptly after receiving the letter, PTC indicated its intent to follow the FDA’s recommendation and preliminarily discussed methods to collect such dystrophin data and expedite this potential path forward.

Based on these interactions, PTC currently intends to maintain patients in the U.S. currently receiving ataluren for nmDMD through an expanded access clinical program during this process.

About the AdCom watch our video:

This treatment is the first to target an underlying genetic cause of DMD: a nonsense mutation (nmDMD). It aims to slow the progression of DMD by restoring the function of a specific protein, dystrophin. In DMD, a nonsense mutation corrupts the genetic machinery that builds a working version of this protein, which is essential for proper neuromuscular function.

In clinical trials, ataluren has shown some benefit in slowing the loss of motor skills in some children with nmDMD. Some boys treated with ataluren could more easily undertake a range of physical activities, including walking, climbing and descending stairs and other motor functions.

At the end of 2016, Translarna™ (ataluren) received marketing authorization by the European Medicines Agency and is available in Europe and regions that reference that authorization.

On the 25h of October, the Office of Drug Evaluation I of the FDA provided a Complete Response Letter (CRL) for the application to market ataluren in the United States. This means that the FDA believes ataluren cannot be approved at this time. PTC Therapeutics Inc. is planning on filing a formal dispute resolution request next week. The dispute resolution process gives PTC an opportunity to appeal the letter issued by the Neurology division and have the decision on the application reviewed by the Office of New Products within the FDA. PTC Press Release

What is the AdCom?
Families at the AdCom September 2017
FDA close the door on Ataluren 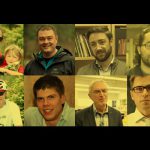 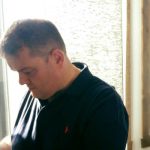